What is an EIS?

An Environmental Impact Statement (EIS) is required for any development application (DA) in the impact track under section 123 of the Planning and Development Act 2007 (unless an EIS Exemption is granted).

The EIS must include sufficient information to ensure that all environmental, social and economic impacts associated with the proposal have been identified and assessed, and any adverse impacts are avoided, minimised, mitigated or as a last resort, offset.

When is an EIS required?

An EIS is required if any of the following are applicable:

What is the EIS process?

The EIS process is detailed in the flowchart below.

There are three major stages where a proponent submits information to the planning and land authority (the Authority):

Once the Minister receives the revised EIS and a copy of the EIS assessment report, the Minster may:

Once the EIS process is deemed complete the proponent can lodge a development application in the impact track. A completed EIS is valid for 5 years from the completion date. An EIS Assessment Report is valid for 18 months. 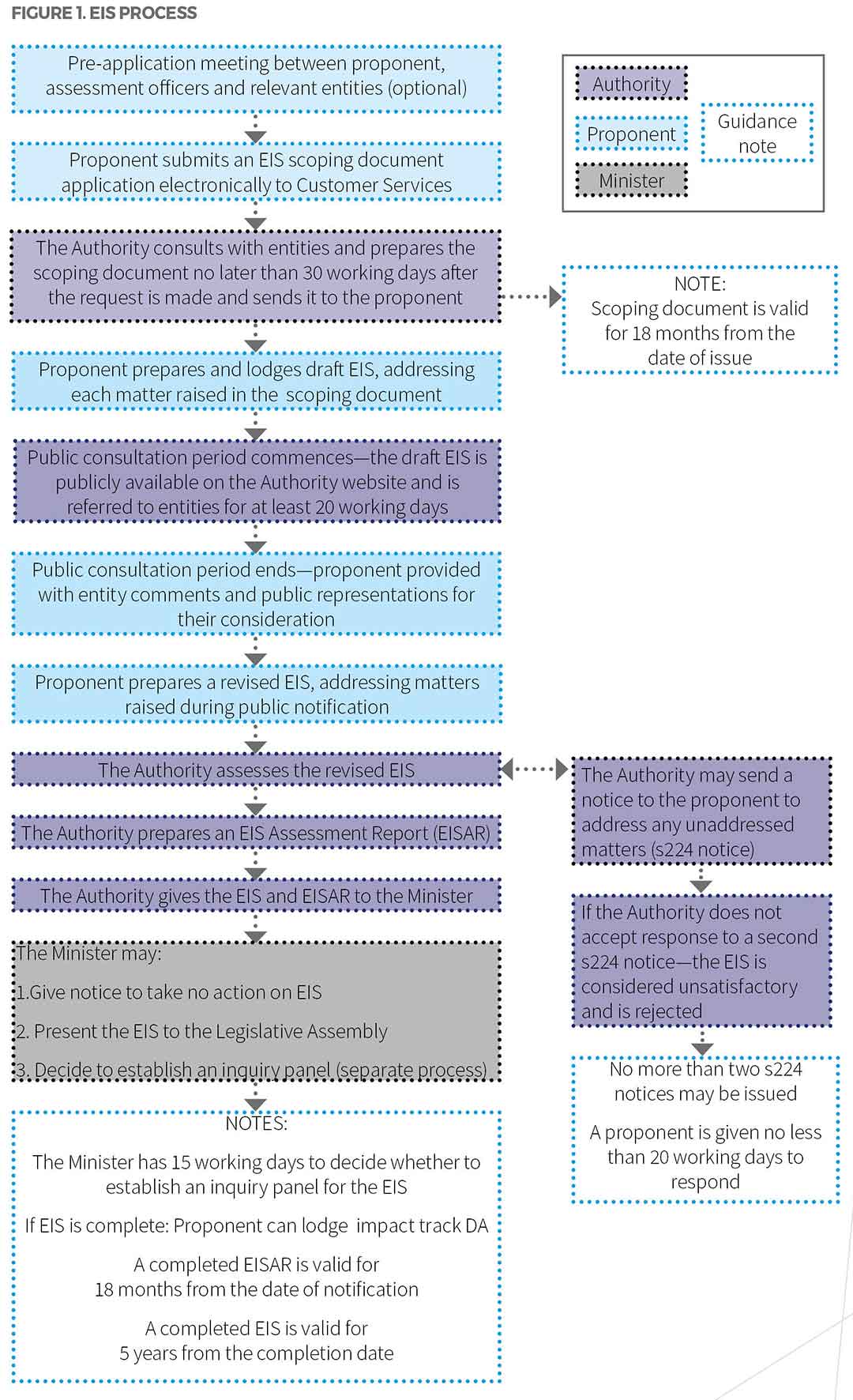 What is an EIS Inquiry Panel?

An inquiry panel for an EIS may be established when the Minister decides that an EIS needs to be considered in further detail.

Establishment of a Panel

The Minister must decide whether to establish a panel to consider any or all aspects of an EIS no later than 15 working days after the EIS is given to them.

The Minister must appoint members to the panel and nominate a person to be the presiding member of the panel.

The inquiry panel is independent and must not be directed by the Minister in its findings or recommendations.

The inquiry panel must report in writing on the result of the inquiry no later than 60 working days after the panel is established. However, the period for reporting may be extended by the Minister on application by the panel.

What is a Bilateral EIS?

The Bilateral EIS process can apply to proposals that require both an Environmental Impact Statement (EIS) under the ACT’s Planning and Development Act 2007 and approval under the Commonwealth Environment Protection and Biodiversity Conservation Act 1999 (EPBC Act). The Commonwealth Government has accredited the ACT’s EIS process through a bilateral agreement as meeting the environmental assessment requirements of the EPBC Act.

If the bilateral agreement applies to a proposal, the subsequent scoping document and EIS assessment report will be prepared by the ACT with input from the Commonwealth Government. The final EIS assessment report prepared by the Authority and endorsed by the ACT Minister is provided to the Commonwealth Department of the Environment and Energy for use in their approval process under the EPBC Act. Read more about the bilateral agreement. 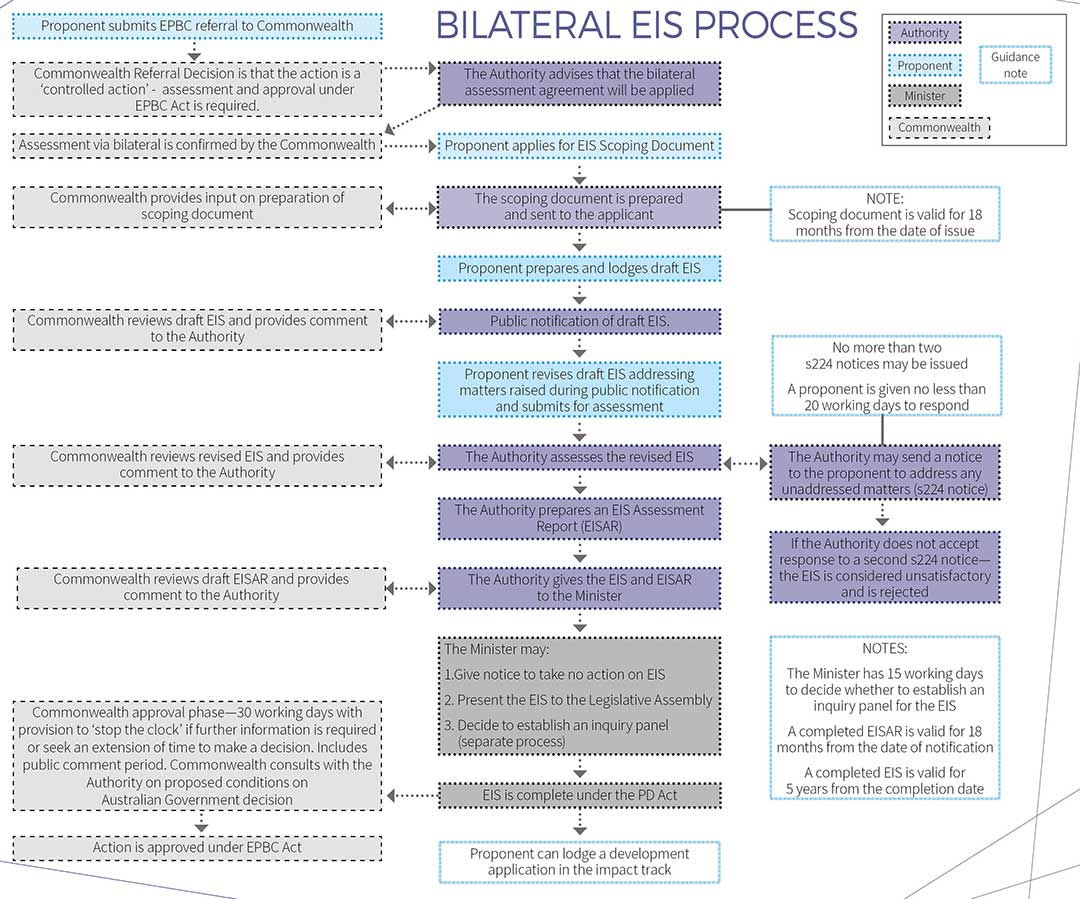 What information is required to lodge an EIS application?

An EIS scoping document application must provide sufficient information about the proposal and any associated works to understand the potential impacts of the proposal. A detailed guide on requirements for lodgement is provided in the EIS guidance document for proponents.

The planning and land authority has issued the following active scoping documents. The proponent has 18 months from the issuing of a scoping document to lodge their draft EIS application.

Members of the public have the opportunity to view draft EISs and provide a written representation within the public notification period.