Block 5 Section 28 Greenway is bounded by vacant land to the north, urban open space to the west and south across Mortimer Lewis Drive and Drakeford Drive to the east. See map below.

Construction of the public housing development completed in early 2019.

As part of the ACT Government’s public housing renewal program, the Public Housing Renewal Taskforce has met with the Tuggeranong community about a proposal to build public housing on the southern part of Block 2 Section 28 Greenway (see map below). 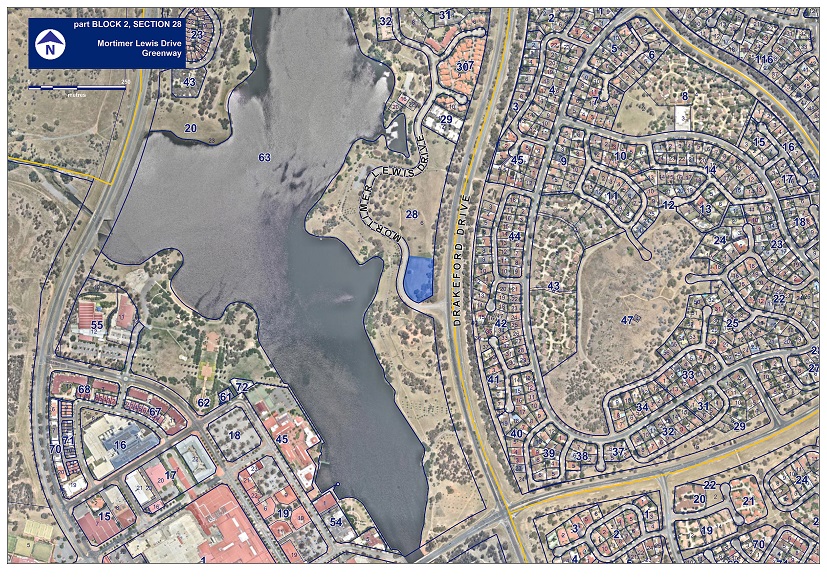 On 23 February 2016, the Taskforce held a drop-in information session for East Greenway residents and presented to the Tuggeranong Community Council on 1 March 2016. During these events, some questions were taken on notice and the Taskforce has responded to those issues in the attached Responses to Issues document. The response is also available to view at www.act.gov.au/housingrenewal.

The Taskforce plans to submit a Development Application in mid-2016 for the construction of approximately 26 residences on the southern part of Section 28 Greenway. If approved, the development is expected to commence in early 2017.

The Land Development Agency plans to submit a Development Application in mid-2016 for servicing works for the whole of Block 2 Section 28 Greenway.

As you are registered for updates, you will continue to be notified via email about public housing updates for Section 28 Greenway.

For more information on the public housing renewal program: 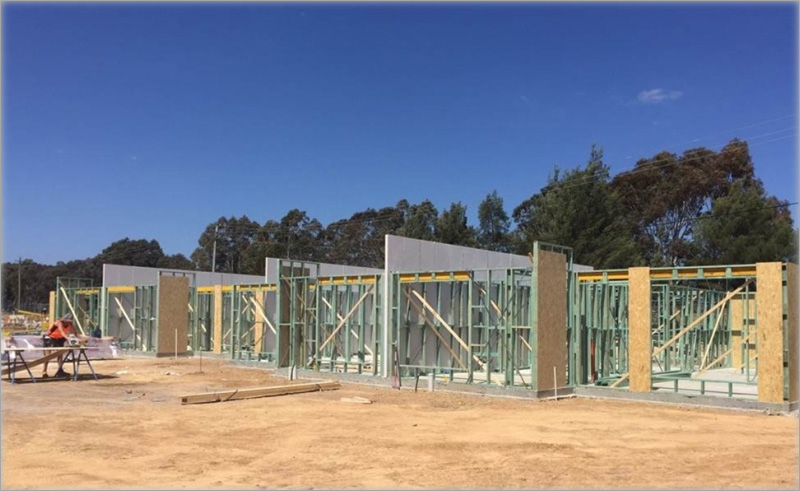 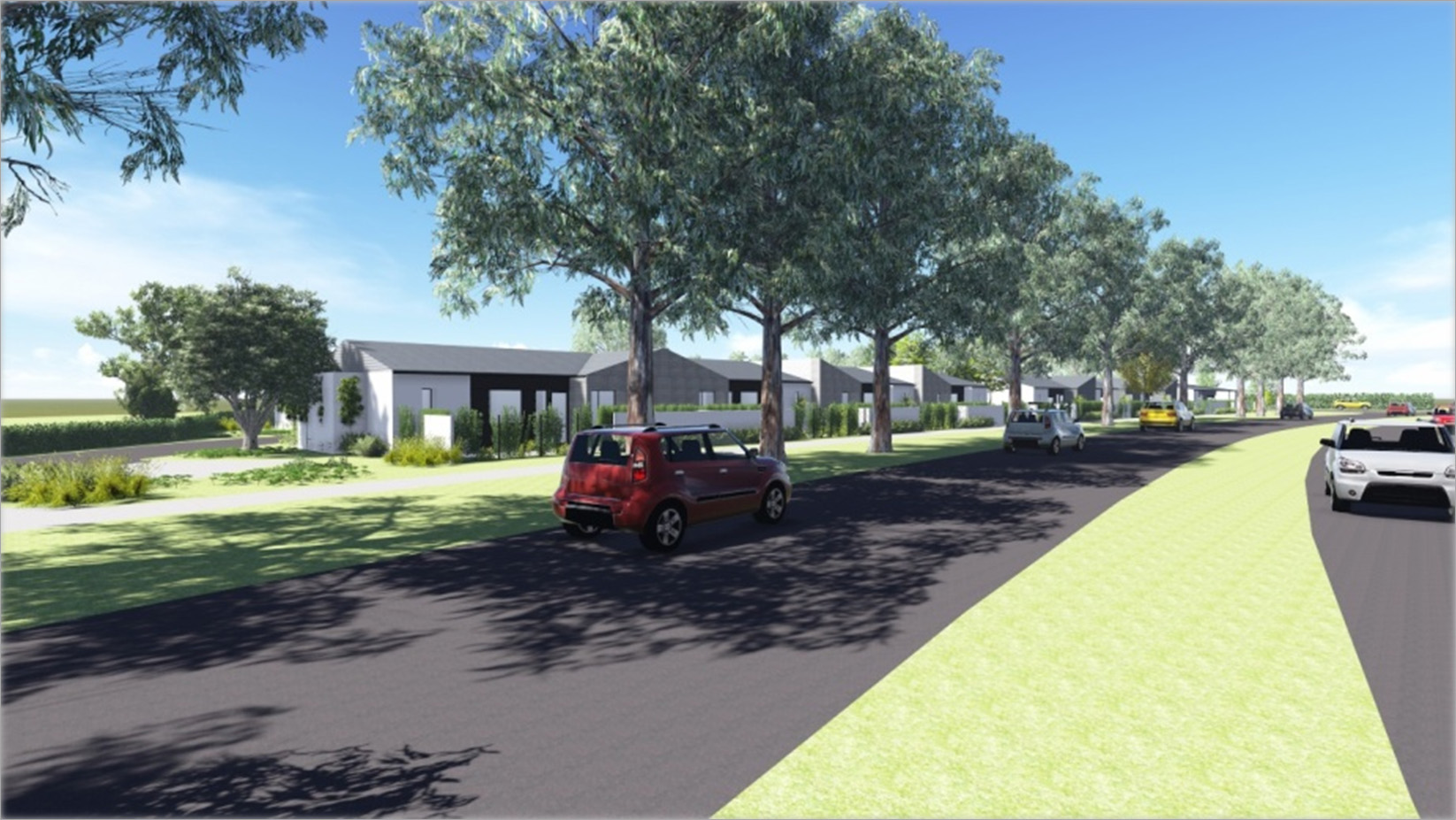 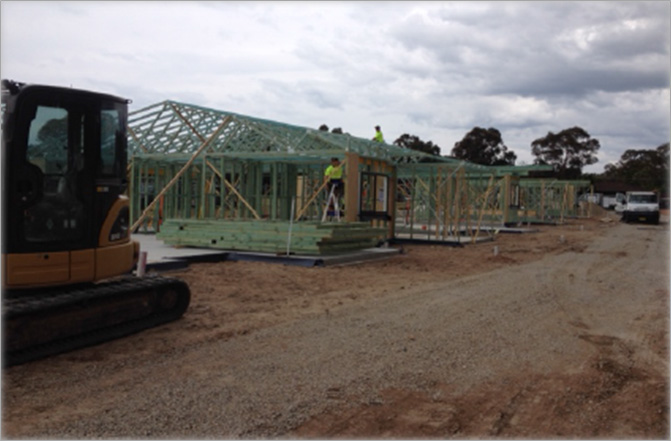 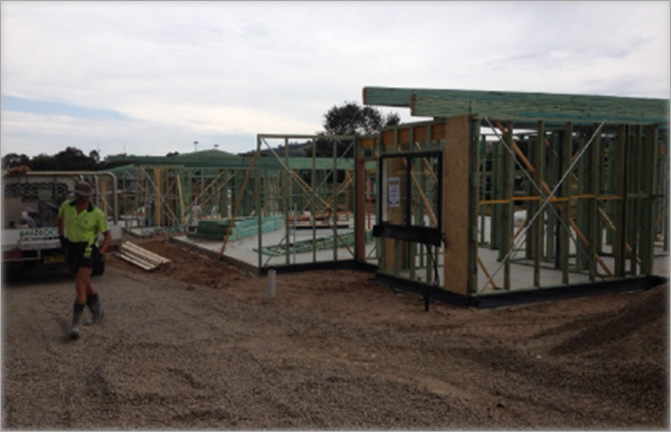 Slide 8 – how we select sites

The Public Housing Renewal Taskforce presented at the Tuggeranong Community Council on Tuesday 1 December 2015 to provide an update on the public housing program and outline a proposal to develop public housing on part-Block 2 Section 28 Greenway.

Local residents were invited to attend the presentation at short notice. Despite this, a number of local residents attended and provided some valuable feedback and raised questions about the proposed development.

The presentation on Tuesday night is part of an ongoing engagement with the community about public housing. The Taskforce will now:

The Taskforce provides regular program updates to the Tuggeranong Community Council and will continue community engagement in early 2016, including:

People can provide feedback via housingrenewal@act.gov.au or call Access Canberra on 13 22 81.

Previous engagement with the Tuggeranong community about this site includes consultation on a draft variation to the Territory Plan for the site during August 2014, before the variation was open to statutory consultation from 7 November–19 December 2014.

An independent contractor assessed traffic along Mortimer Lewis Drive during January 2016. The survey found that both the north and south intersections of Mortimer Lewis Drive with Drakeford Drive were under capacity and would not be adversely affected by the proposed 26-dwelling development.

Most traffic along Mortimer Lewis Drive complied with the speed limit and did not reach the trigger target to implement traffic calming devices. This is consistent with a 2014 traffic study by the ACT Territory and Municipal Services Directorate (TAMS).

The findings were also consistent with traffic studies in 2014 and 2015 by the Land Development Agency (LDA). The Taskforce shared the study results with ACT Policing.

The Taskforce noted existing community concerns about the southern intersection to Drakeford Drive and has shared this with TAMS.

The parking assessment found that demand for parking peaked on a Saturday at the dog park and Sea Scout Hall. The report recommended additional spaces at the dog park.

Development on the southern part of Section 28 is unlikely to impact on the Sea Scout Hall car park.

Parking for the development will be contained within the boundary of the site and comply with the Parking and Vehicular Access General Code.

The Taskforce shared the study results with TAMS, the government agency responsible for traffic and parking. TAMS advised that additional parking at the dog park will be subject to budget bids and assessed against other capital works priorities.

The site is approximately 1.5 kilometres from the Tuggeranong Town Centre which provides commercial, education, community and government services. It is within two bus stops on the same side of the road as the Kambah South local centre, which includes a supermarket, childcare, service station, medical centre and sports facilities.

* On weekdays, suburban route 60/160 travels between Tuggeranong and Woden approximately every 20 minutes during peak times and hourly off -peak and evenings.

* Three services extend to and from Civic during peak times (Route 160).

* On weekends, Route 960 travels between Tuggeranong and Woden every hour from approximately 8am to 10pm on Saturdays and 8am to 7pm on Sundays and public holidays.

* Connections are available from the Tuggeranong bus station to ACTION’s high frequency Blue Rapid routes to Woden, City and Belconnen.

The Taskforce noted community comments about the infrequency of bus routes along Drakeford Drive.

TAMS has advised that the frequency on the suburban route will be considered in light of future development and demand for service from Greenway East. Any increase in the frequency of bus routes is subject to funding.

TAMS noted that the bus stops on Drakeford Drive will require upgrading as part of the new development.

Height and style of future development.

The Greenway Precinct Map and Code for Section 28 allows for residential developments of up to 13.5m (four-storeys) next to Drakeford Drive and 9.5m (three-storeys) for the remainder of the block.

New designs for public housing under the renewal program are generally two-storey. However, depending on the configuration possibilities for the southern site, this development may include three-storey elements.

The development will comply with the Territory Plan.

The current percentage of public housing in Greenway is lower than the average across Canberra suburbs of 5-6 per cent.

The percentage of public housing in Greenway after the completion of Southquay, Greenway East and residential development on the remainder of Section 28, will still be lower than the Canberra average.

Housing ACT is the largest landlord in the ACT with more than 20,000 tenants. Anti-social behaviour is an issue with only a small minority of these tenants.

Where tenant anti-social behaviour is an issue, the main approach is to provide support as early as possible to address issues.

Matters involving criminal activities or criminal behaviour are outside the jurisdiction of Housing ACT and are more appropriately managed by ACT Policing. Housing ACT liaises with ACT Policing in these cases.

The Taskforce plans to submit a Development Application in mid-2016 for the construction of approximately 26 residences on the southern part of Section 28 Greenway.

If approved, the development is expected to commence in early 2017.

The LDA plans to submit a Development Application for servicing works for the whole of Block 2 Section 28 Greenway in mid-2016.

The selection of the site.

When assessing land as suitable for building replacement housing, the Taskforce considers a range of criteria. The main two considerations are whether the land is available, and whether it is suitable for development. Other considerations include access to transport, services, education and employment.

Housing ACT owns public housing properties across Canberra. A number of these properties would have a higher land value than the Greenway site.

Any development proposal is subject to a public notification period through the Environment and Planning Directorate’s Development Application process.

For updates on Section 28 development, email housingrenewal@act.gov.au with ‘Section 28 Greenway’ in the subject line.

The Taskforce works with other ACT Government agencies, including the ACT Community Services Directorate, Education and Training Directorate and ACT Health.

The tenancy of approximately 26 residences is within the capacity of local health and education services.

The ACT Government’s public housing renewal program is delivering the biggest upgrade to Canberra’s ageing public housing since self-government in 1989.

To improve outcomes for tenants, 1,288 residences across 13 multi-unit public housing properties around Canberra have been identified for redevelopment. These properties – the oldest of any jurisdiction in Australia – were built more than 50 years ago for a growing public service, and no longer meet the needs of our community’s most vulnerable members.

Continuing a culture of inclusiveness and support

Our Territory has a proud history of social inclusion and providing opportunities for all Canberrans during challenging times.

Through this program, the Government is committed to providing accommodation that is suitable for all public housing tenants and has appropriate access to transport and services.

New homes will be constructed or bought across the ACT and range from single dwellings to small developments of up to 30. The new designs will provide improved accommodation for those with a disability, allow ageing in place and provide opportunities for children to attend schools across Canberra.

Replacement public housing will be designed to ensure that the look and feel fits in with the local area and community. Each property will include:

Construction has begun on several new public housing developments around Canberra, including in Tuggeranong, Gungahlin and Molonglo Valley. Future sites have been identified in Belconnen and Weston Creek.

This notice is to inform you of ACT Government plans to develop 26 two-bedroom units on vacant land known as part-Block 2 Section 28, highlighted in blue on the map below.

Construction is expected to commence in mid-2016 and be completed by mid-2017.

The Public Housing Renewal Taskforce will be providing an update on the program, including the Greenway development, at the next Tuggeranong Community Council meeting. The meeting will be held at 7.30pm on Tuesday 1 December 2015 at the Southern Cross Club Tuggeranong, corner of Pitman and Holwell Streets.

Following the presentation, information on the program and the Greenway development will be on display at the Tuggeranong Library until a development application is submitted for approval to the Environment and Planning Directorate.

Project milestones will be communicated in a variety of ways, including:

Public notices on the public housing renewal program will be available at www.cmd.act.gov.au/open_government/inform/find-a-public-notice.

For more information on the program, visit www.act.gov.au/housingrenewal. You can also email us at housingrenewal@act.gov.au or call Access Canberra on 13 22 81. 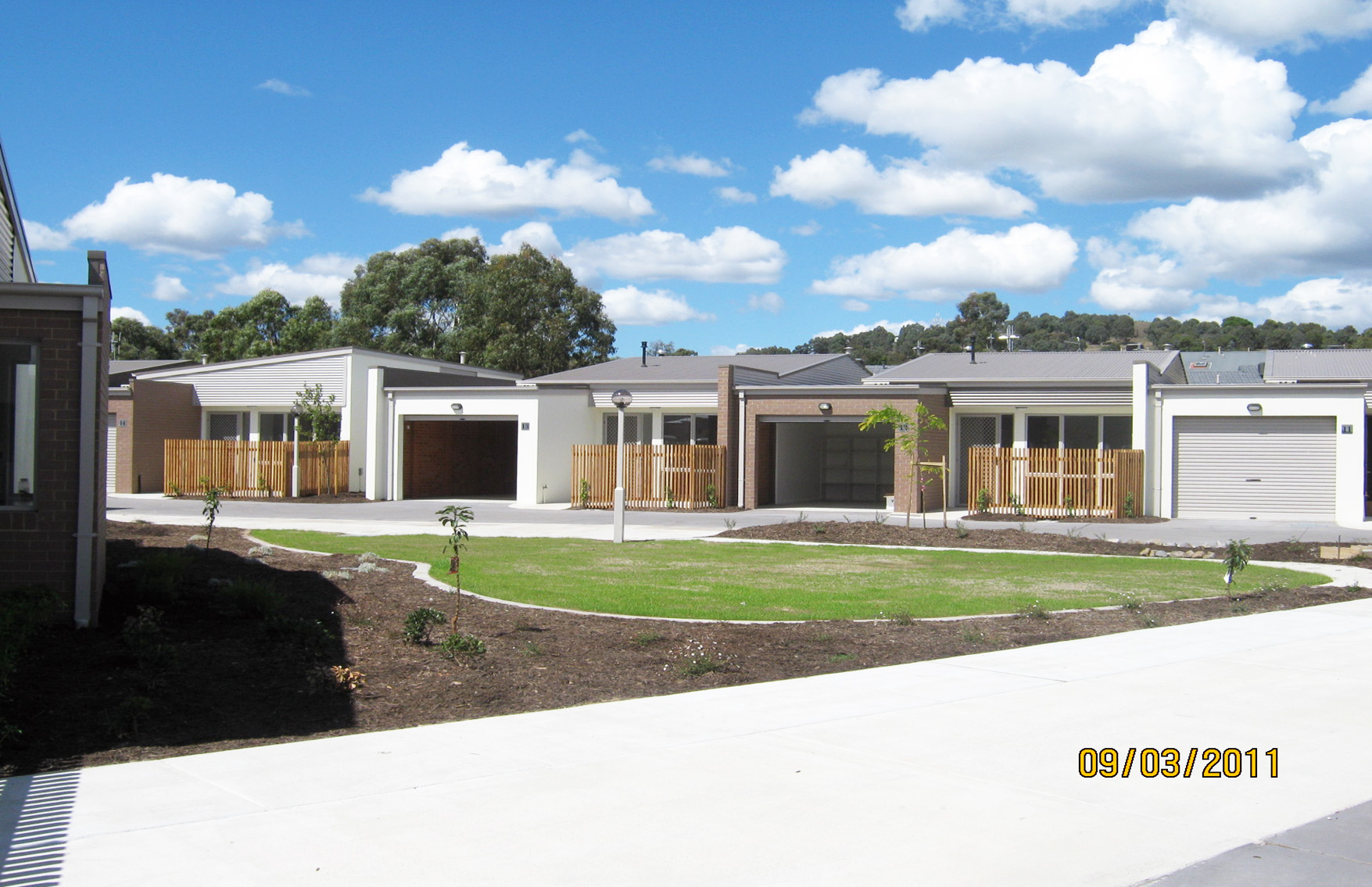 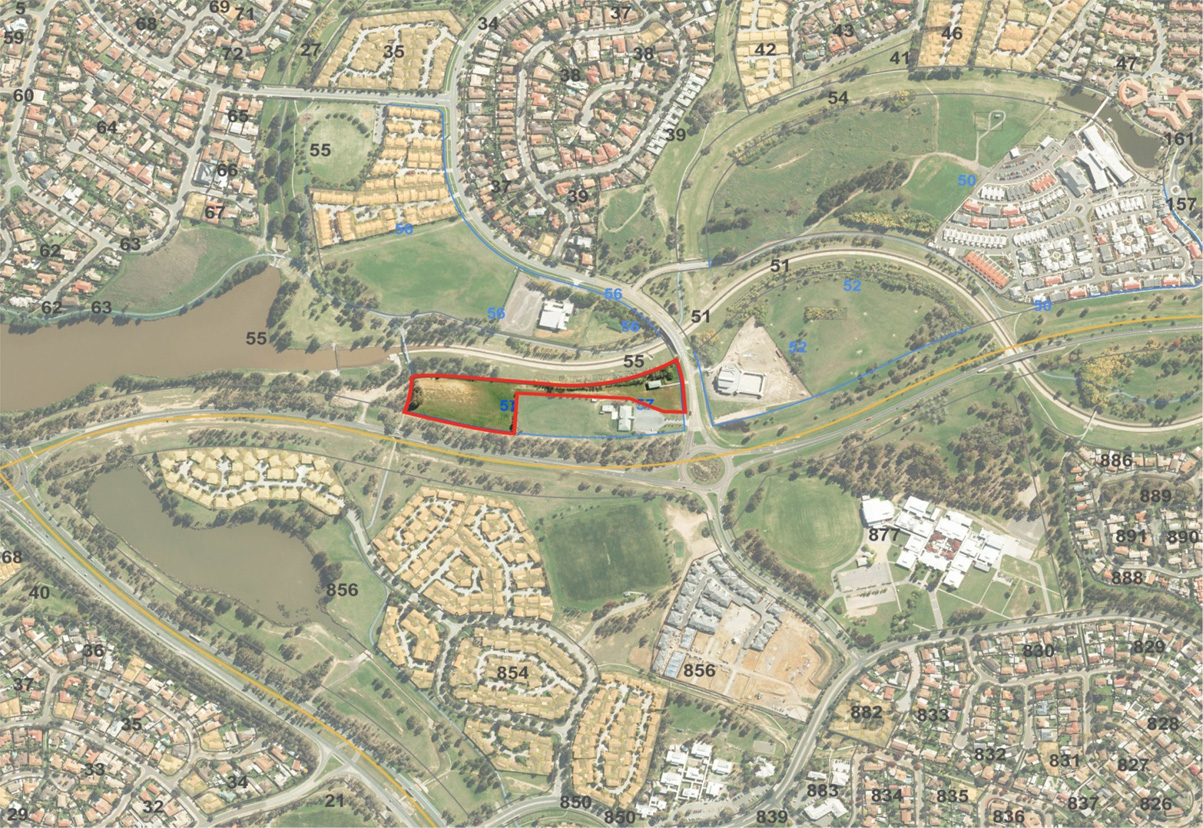 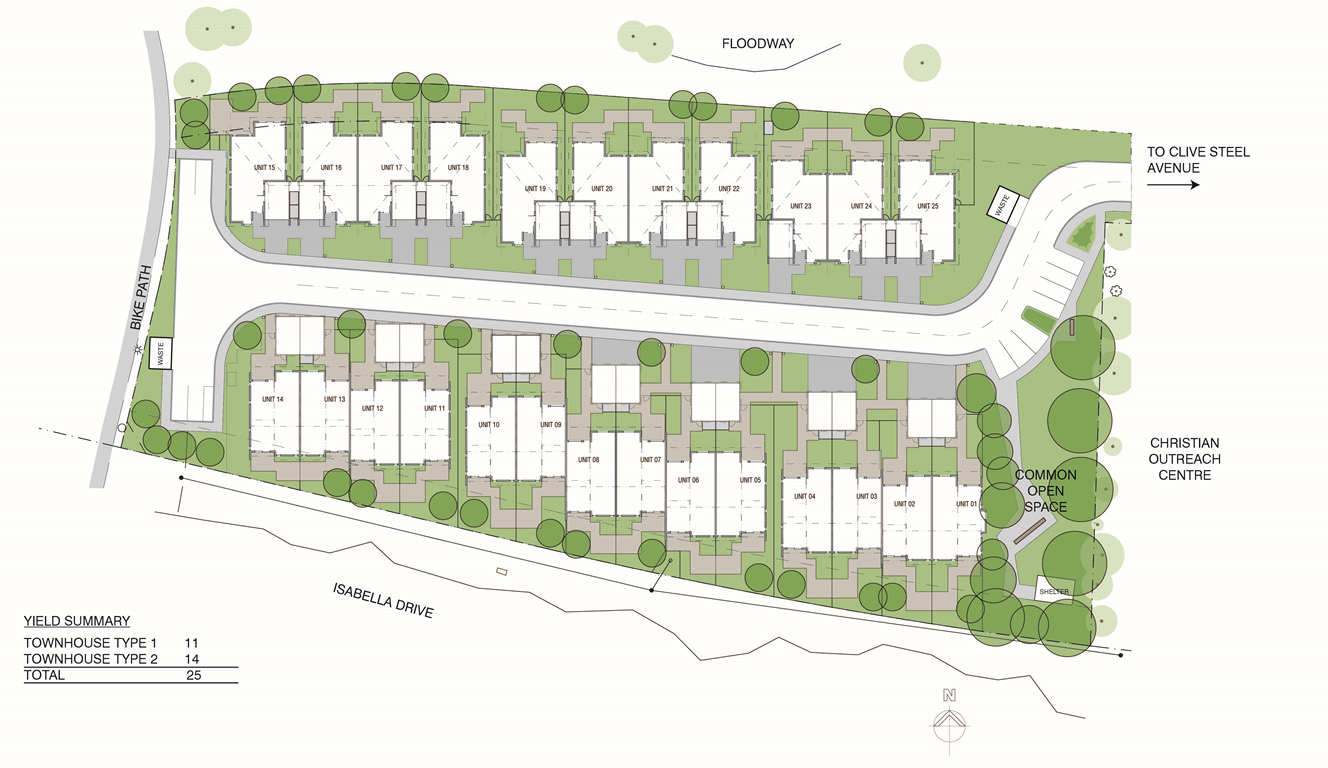 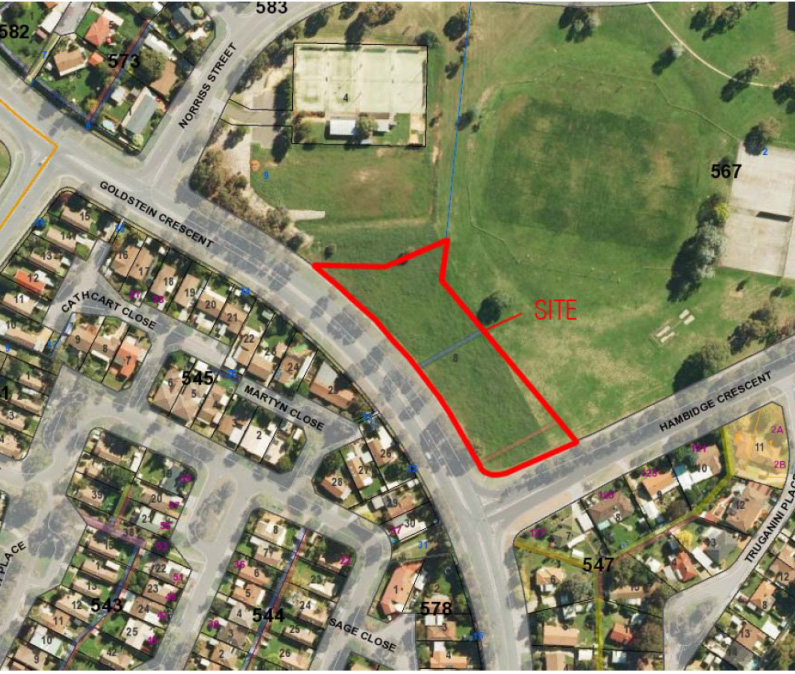 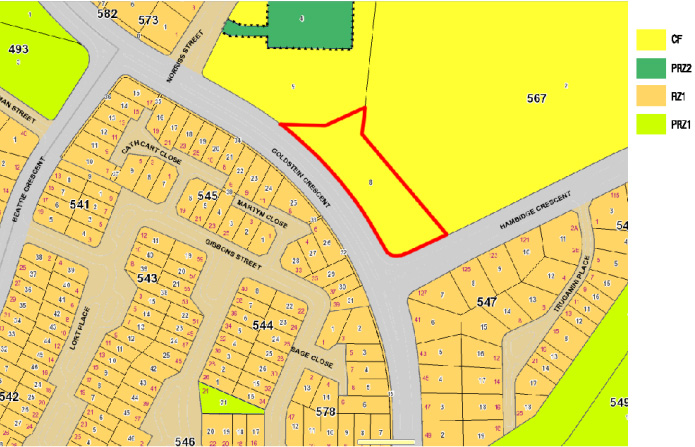